In Massachusetts, the size of a soil absorption system is dependent in large part upon the Design Flow of the facility, and the Long-Term Acceptance Rate (LTAR) of the native soil on site. The Design Flow is the quantity of sanitary sewage, expressed in gallons per day (gpd), that a facility is expected to generate. The Design Flow varies significantly for residential and commercial properties, and is calculated using flow rates provided by the MassDEP in section 310 CMR 15.203 of the State Environmental Code, Title 5. The Long-Term Acceptance Rate (LTAR) is the stable rate at which a given quantity of standard strength settled sanitary sewage can be applied to a specific area of land, expressed in gallons per day per square foot (gpd/sf). The LTAR is a function of the textural class of the native soil on site (relative proportion of sand, silt and clay in the soil as determined by the soil evaluator), and the percolation rate.

The percolation rate is determined by performing a percolation test. A percolation test is a field test which essentially measures the rate at which clear water is transmitted through the soil in a twelve-inch diameter by eighteen-inch deep hole in order to determine the suitability of a native soil beneath the proposed soil absorption system to accept effluent.

A percolation test is conducted by performing the following steps in sequence:

It is important to note that the percolation test does not actually measure percolation: it is not possible to determine how fast water moves through a soil by measuring how fast it disappears from a hole in the soil. The percolation test measures nothing but a gross relative permeability and only provides an approximation of a soil’s percolating capacity. When sizing a soil absorption system the Engineer must carefully consider a number of factors, including but not limited to: the design flow, the percolation rate, the native soil’s textural class, and the anticipated strength of the sanitary sewage. 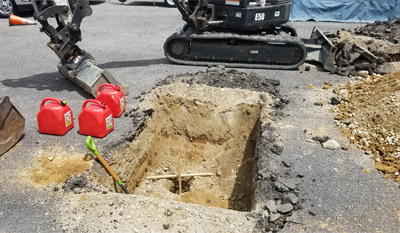 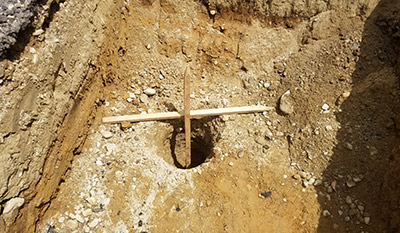 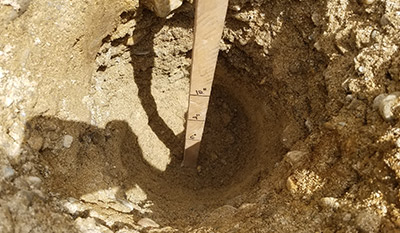 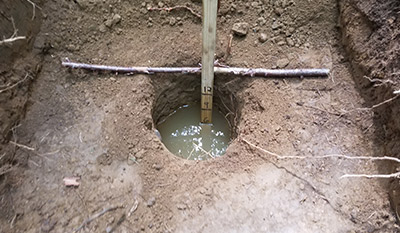